The IBD/TIPP Presidential Leadership Index climbed 7% in May to 42.6. This is the first month-over-month increase in the index since President Trump took office, but it is still below his first month’s reading of 49.2.

The Leadership Index is comprised of three subindexes measuring the president’s favorability, job approval (see below), and whether he is providing strong or weak leadership. Trump gained ground on each of these indexes, with the biggest gain — 10.3% — on job approval. 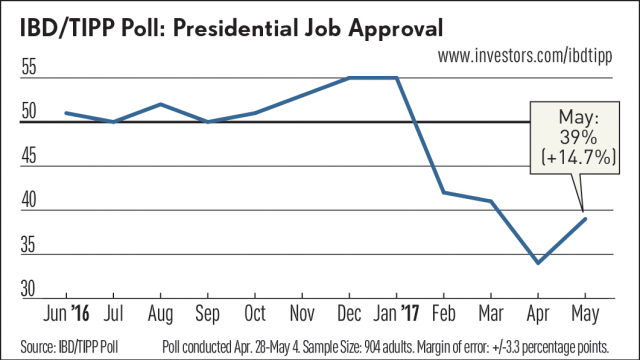 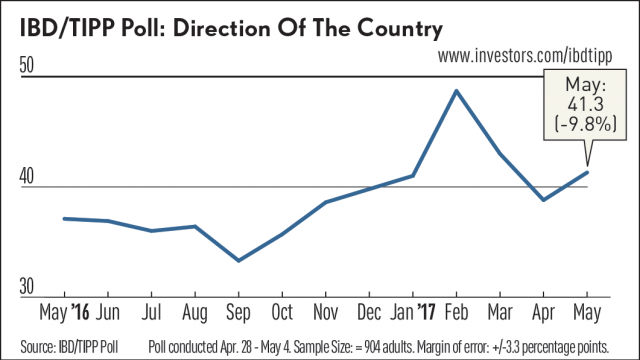 The Direction of the Country index gained back some of its lost ground in May, climbing 6.4% from April to reach 41.3. This index averaged just 37 during President Obama’s eight years in office. 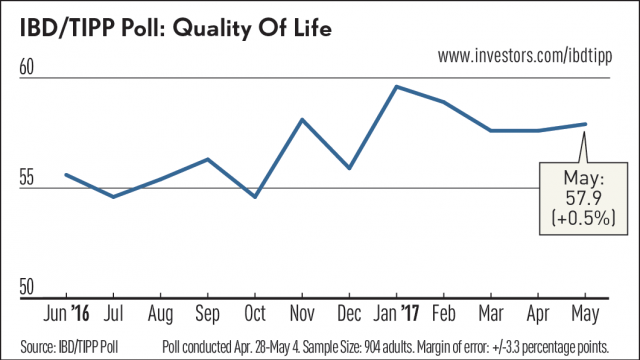 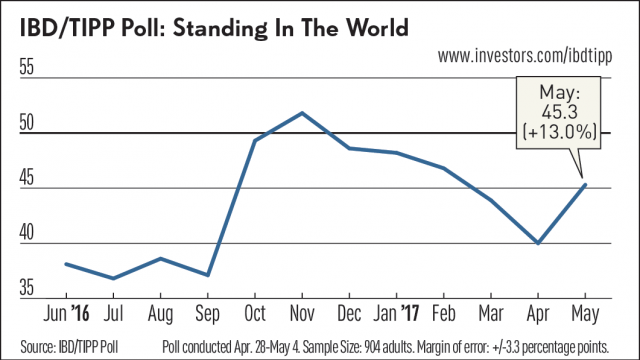 Another measure included in the monthly IBD/TIPP poll tracks the public’s view of the United States’ standing in the world. This made a big 13% gain in May to reach 45.3. It was just 39 a year ago. This index peaked in the immediate aftermath of 9/11, reaching 74.9.