View All Questions And Full Results

The IBD/TIPP Presidential Leadership Index dropped in October to 36.5, all but erasing the gain Trump made in August. It marks the third time the index has been under 40 since Trump took office.

The Leadership Index comprises three subindexes measuring the president’s favorability, job approval (see below), and whether he is providing strong or weak leadership. Trump gained ground on all three subindexes in September. 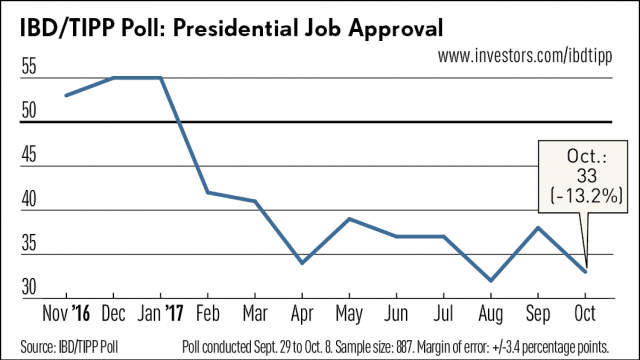 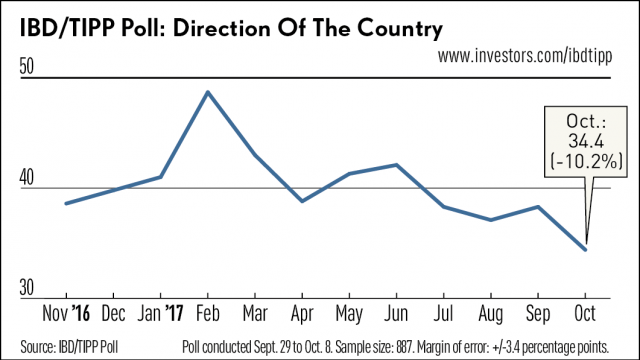 The Direction of the Country index dropped sharply in October to 34.4, a 10.2% decline from September. This index is now lower than the 37 average during President Obama’s eight years in office. 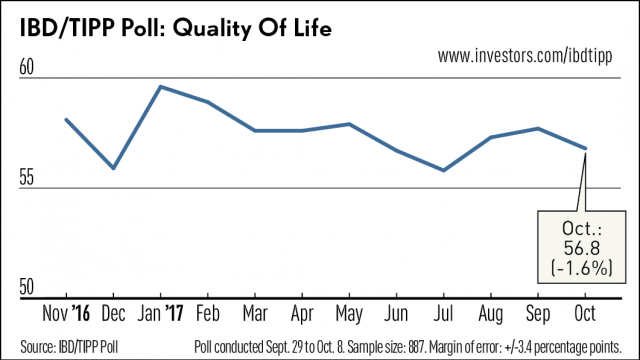 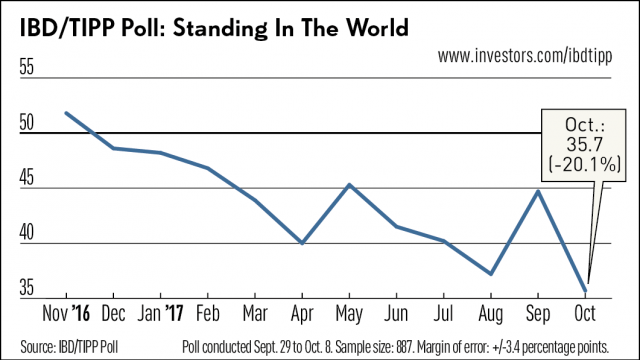 Another measure included in the monthly IBD/TIPP Poll tracks the public’s view of the United States’ standing in the world. This plunged in October to 35.7, a decline of 20.1% from September and the lowest rating of Trump’s presidency. Over the past 17 years, the highest this index ever got was in the immediate aftermath of 9/11, when it hit 74.9.